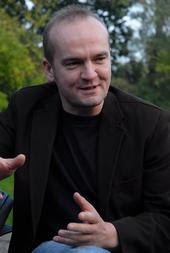 The most recent gig featured Liam Noble, who we first came across in the Bobby Wellins Quartet that recorded 'The Best is Yet to Come' on Jazzizit - there's also a quite abstract cd of solo piano on FMR called 'Close Your Eyes.' It's this mix of lyricism and abstraction, together with his intriguing chordal voicings that makes Liam's playing so interesting. (An audience member asked if he consciously worked out the voicings- his reply was that he thought of them as parallel lines of melody). He played some Monk, some Ellington, some Brubeck and ' When you wish upon a star' which he must have learned from/ for Bobby Wellins (Wellins played it at a Jazz House gig a few weeks ago with Kate Williams- the most affecting live ballad performance since I heard Art Pepper play 'Over the Rainbow').

But I digress: the reason for the Brubeck songs was that Liam's just released a trio cd - just called 'Brubeck' that received a 5-star review from John Fordham in the 'Guardian' - one British band leader told me 'you have to be dead to get four stars from Fordham' - so that's quite an achievement. You can hear complete tracks at http://www.myspace.com/liamnobletriobrubeck. The cd has persuaded me that Brubeck wrote other interesting tunes than 'In your own sweet way' and 'The Duke'. Hasn't changed my mind about Brubeck's piano playing though.

A propos of nothing in particular....some years ago the big Leicester concert hall- De Montfort Hall- had a change of management and for a short while promoted some big jazz names, including the Dave Brubeck Quartet. Someone in the education dept thought it was a good idea to have short introductory talks before the concerts, and offered me the gig (and £30 + 2 free tickets). My plan was to present what I thought was a balanced assessment of Brubeck's strengths and weaknesses, mention the disgrace that he was the first jazz musician to get his face on the cover of 'Time', play a few quartet tracks, plus Desmond with Jim Hall, Morello with Phil Woods, Miles playing the 2 songs mentioned above.

A few minutes into the talk- no-one had walked out when I repeated the 'He swings like a centurion tank' comment- I heard some american voices on the other side of the partition, laughing, eating & drinking- and I realised that it was the band... Although I had no idea if they could hear what I was saying I must confess that I spontaneously revised the talk a little, adding a little coda praising Brubeck's continuing commitment to improvisation and omitting the comment that I always fast-forward through his solos.

I'd given away the comps, so didn't get to the gig.
Posted by Jazzhouse at 07:49 No comments: