Wayne Shorter called me to go to Los Angeles
and I went. So we went to the studio and he was
playing a piece that had this little vamp. And I
started playing the chords. And he stopped. He
said, “Danilo, can you just throw some water on
that chord?” And I was like, “Oh, my god! What
is this?” So I thought about it and of course I
couldn’t do it, because I didn’t really get it. So I
went to the room that night and thought about
the many combinations of voicings and thought
about water and all that stuff. So I came back the
next day. And he called the same tune, and we
played it again. And he said, “Yeah, but the water
has to be clean all the way to the bottom.” 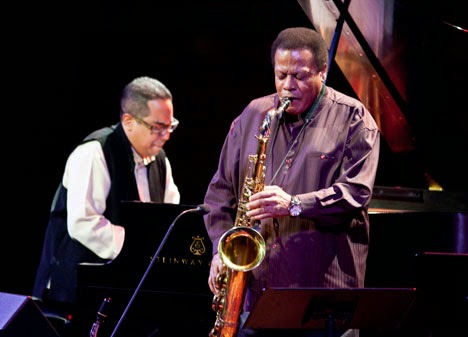 Posted by Jazzhouse at 06:11 No comments: